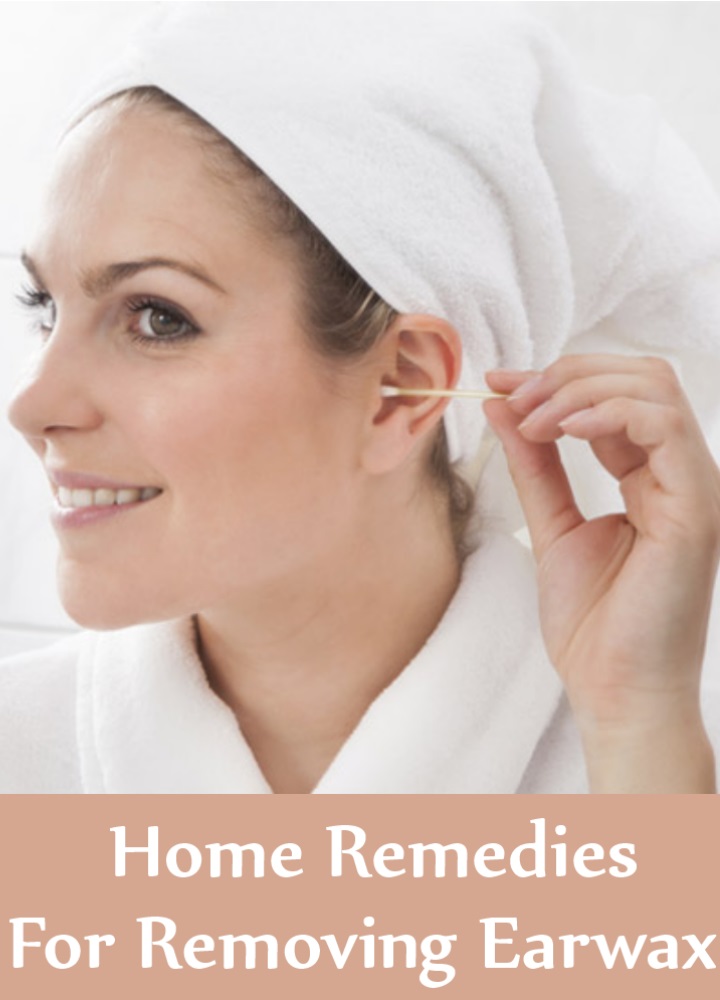 Earwax is a sticky substance that is produced by our body to protect our ears from germs and dust. It acts as a lubricant for the ear and ear canal whose excessive build up will cause infection and disturbance in hearing. There are some symptoms that will appear once the ears are filled with excessive earwax. They are unbearable itching in the inner ear canal, vertigo, ringing sound in the ear, other discharge from the ear, pain and difficulty in hearing. So, to avoid these problems one needs to clean their ears regularly. If you wonder how to do so, then here are some simple home remedies that will help you to safely remove the earwax without any discomfort.

Coconut oil has medium fatty acid in it that helps in the removal of earwax. Its anti-microbial properties prevent ear infection and even kills bacteria and other micro organisms that lead to earwax build up in the ear canal. Drop a few drops of warm coconut oil in one ear and tilt your head to the opposite direction to drain out the wax[1]. After doing this with each ear, clean the earwax with a soft bud easily.

Being widely used in many forms of medicine because of its warming and soothing nature, sesame oil is very useful for earwax removal. Drop 3-4 drops of sesame oil in each ear before going to bed. Now, slowly insert clean cotton balls in each ear and keep it overnight. Be careful not to push the cotton balls completely inside the ear canal. The next morning, you will see that the earwax has come to the surface of the ears[2]. Clean this with a cotton bud. 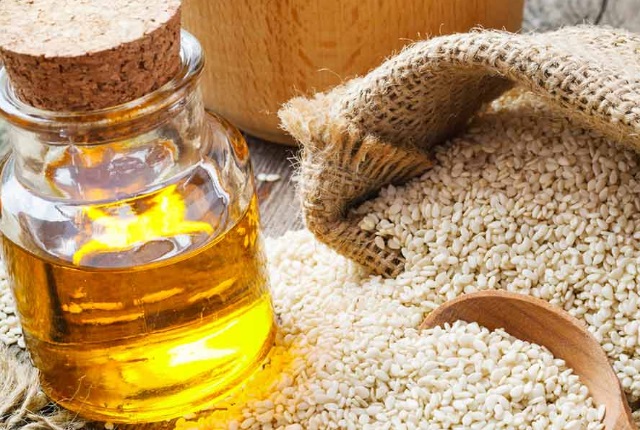 Salt water also helps in the easy removal of earwax by softening it. Mix salt in a cup of water. Soak a cotton ball and drop 3-4 drops of this solution in the ear. Tilt the ear facing the sky till the water completely goes inside the ear canal. Stay in this position for 4-5 minutes. Now, decline the ear in which you have poured the salt water in the opposite direction to let the water come out. This will help the wax come on the outer surface of the ear making it easy for cleaning[3 ]. Repeat this process with the other ear too. 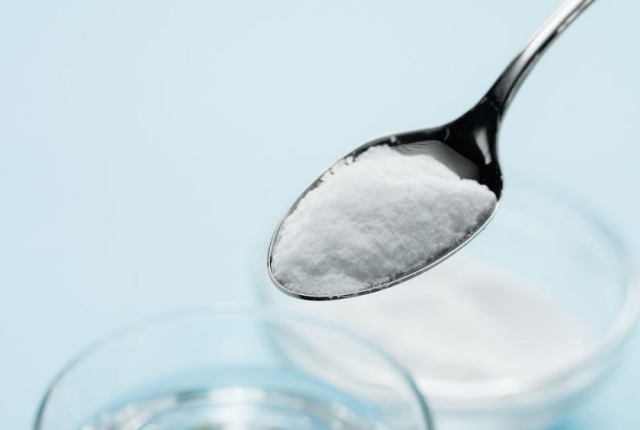 The allicin content in garlic  happen in the ears thereby making its anti-microbial agents work as antibiotics. Crush a few garlic and heat it in coconut or mustard oil for 2-3 minutes. Strain the oil and after it warms, pour few drops of this oil into each ear[4]. To avoid it trickling, tilt your head towards the sky for some minutes. Repeat this process with the other ear. 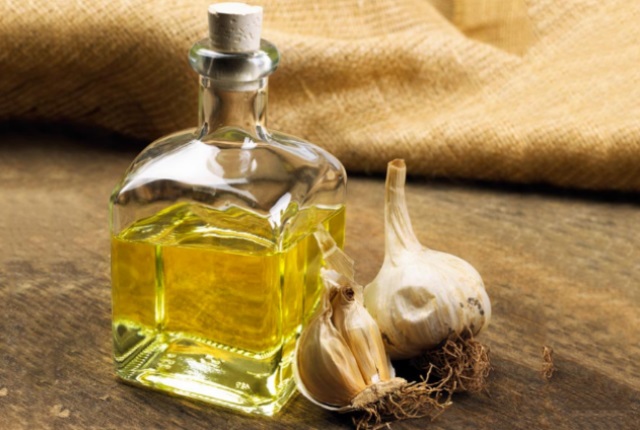 It is believed that the effervescent property of hydrogen peroxide helps in the easy removal of earwax. Mix 3-4 drops of hydrogen peroxide with an equal amount of water. Incline the ear towards the direction of the sky and drop this solution in each ear[5]. Leave it for some minutes and after you have done this with each ear, clean the earwax with a cotton swab or bud. 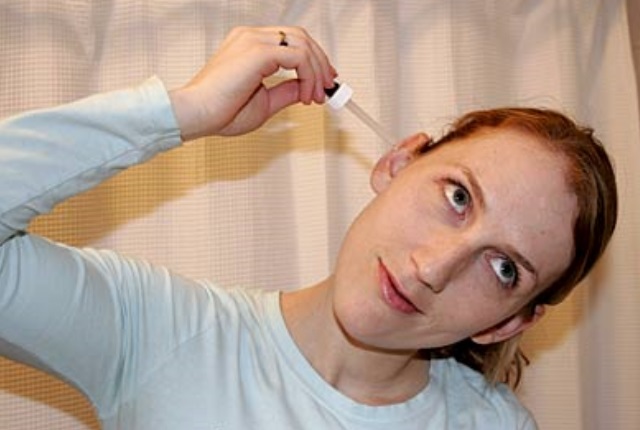 Mustard oil helps in the easy dissolve of earwax. Simply warm a few drops of mustard oil and drop it in each ear when it slightly cools. You may choose to simply drop this oil in the ears without heating it[6]. Wait for an hour and then clean the earwax with a cotton bud.

Baby oil is a mineral oil that softens the earwax making it easy for its removal. Drop a few drops of baby oil in each ear and cover the outer part of the ears with a cotton ball[7]. After some time, clean the earwax with a cotton swab as baby oil will easily help the wax come on the surface of the ears.

8. Take The Help Of Baking Soda

Baking soda acts as a natural therapy for earwax by making it soft and avoiding their futures build up. Mix 1/4 teaspoon of baking soda with 2 teaspoons of water. Pour this into each ear and while doing so keep the head tilted to remove the earwax[8]. After some minutes, clean the ears with a cotton ball or a cotton swab. 9. Use Vinegar And Rubbing Alcohol

While alcohol is a drying agent, vinegar’s anti-bacterial properties lead to a stop in ear infections. Mix equal quantities of rubbing alcohol and vinegar. Soak a cotton ball in this and pour it into each ear drop by drop. While pouring in one ear, keep the head tilted to avoid this mixture from trickling[9]. Wait for 5-6 minutes till all the earwax has come off for you to clean with a clean cotton ball. 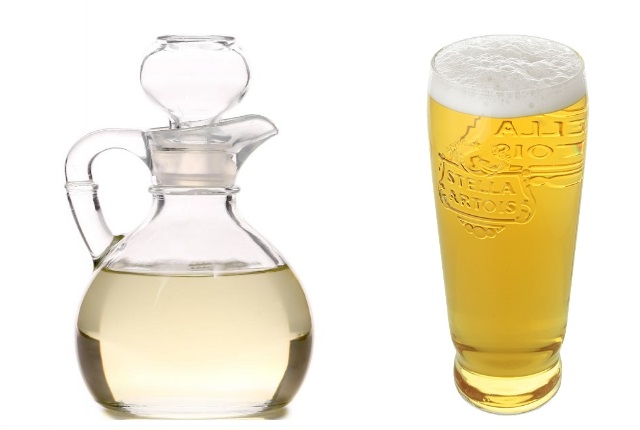 The antiseptic properties of olive oil help in the easy clean up of earwax and avoid ear infections too. Simply heat a few drops of olive oil and apply it in each ear when the oil slightly cools. Keep the head tilted while dropping the oil in the ears to avoid trickling[10]. Let the oil rest in the ears for some time and then clean the dirt when it comes to the surface of the ears. 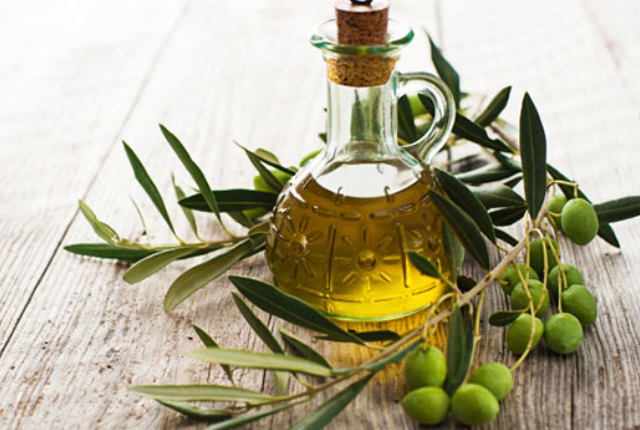 11. Take The Help Of Almond Oil

Almond oil also helps as a lubricant for easy removal of earwax. Heat a few drops of almond oil and after it cools, pour this oil in the ear canal. Keep the head tilted while pouring to make the oil rest inside the ear for some time[11]. After doing so with each ear, remove the earwax with a cotton swab.

Glycerine is also very effective in removing earwax because it softens it making it easy for its removal. Dilute a few drops of glycerine with an equal amount of water but be careful not to make the solution too watery. Pour this in each ear by tilting the head towards the shoulder facing the sky[12]. Let the solution rest in each ear for some time and then clean the earwax that accumulates in the surface of the ears with a cotton ball. 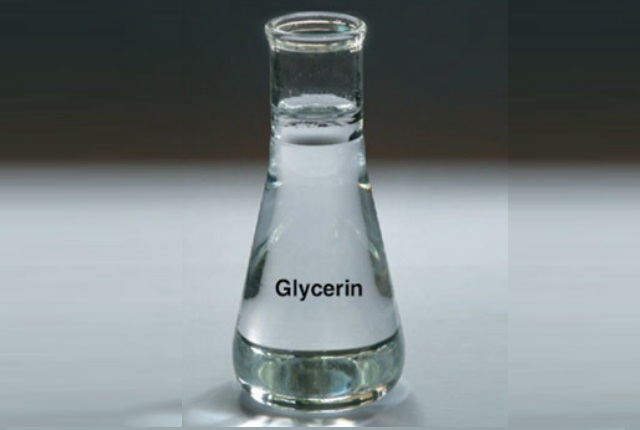 Heat a teaspoon of paraffin oil for some minutes. After it cools slightly, pour drop by drop in each ear by making the ears tilt towards the shoulders. After doing this, tilt your head back to avoid trickling of the paraffin oil from the ears[13]. When you see the wax come on the surface of the ears, clean it with a cotton ball. 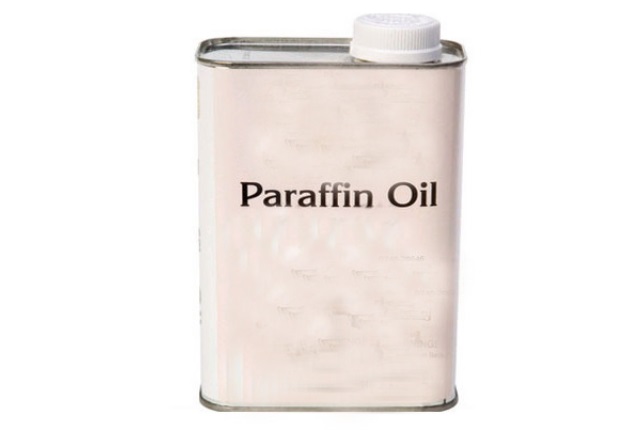 The anti-bacterial and anti-septic properties of mullein oil will help to fight ear infections and also in the easy removal of earwax. Collect a handful of mullein flowers, place them in a jar and cover it with olive oil. You may or may not seal the opening of the jar with cheesecloth. Heat the oil alongwith the flowers, strain the oil and keep it in a tight container n the refrigerator. While dropping the oil in the ear canal, warm it slightly and then use it for easy removal of earwax[14]. Do this once a month to keep the ears clean.
Try these simple home remedies for earwax removal. Avoid using sharp objects or spraying of any fluid with force inside the ears for earwax removal. Such practices may damage your ears permanently.