Birth Control is a method of stopping unwanted pregnancy by using various methods. Birth control or contraception devices can be used before, during or after the unprotected sex to prevent pregnancy. Birth control methods basically involves three types of ways to prevent pregnancy, namely prevention of fertilization of egg by sperm, prevention of implantation of fertilized egg in the uterus and finally removal of implanted fetus through abortion inducing methods.

The oil of Neem has been used traditionally since ancient times to help the women in practicing birth control. Neem oil is not only a very good antiseptic but is also very effective in killing the sperms inside the vagina instantly, therefore proving to be very useful as a natural birth control. Neem oil is also very effective in producing antigens in the uterus which makes it non suitable for fetus implantation.

Using Neem oil does not cause any side effect or irritation to the vagina and its internal tissues. Neem oil is also a very effective form of birth control for men without affecting their sperm count or decreasing libido. Neem oil can be used in form of vaginal creams and gel by women and is affective for five hours after application. Similarly, men can consume capsules of Neem oil for birth control and can become potent again after six weeks of discontinuing the treatment. 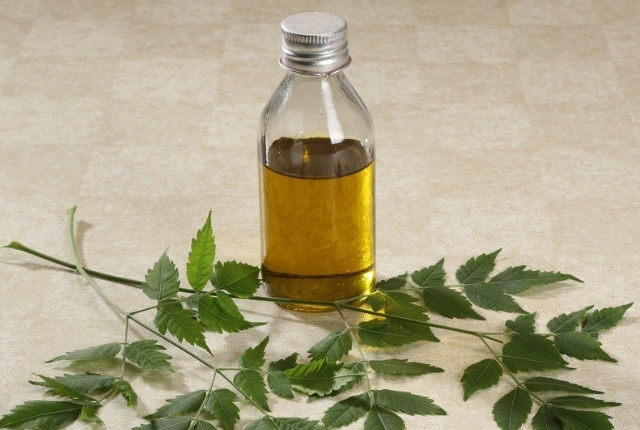 Wild yam is another very powerful naturally found herbal remedy for birth control. The root of Wild yam is rich in medicinal properties and contains as active component known as diosgenin. This component diosgenin is the main chemical used in oral contraceptives for females. Wild yam does not interfere with the menstrual cycle of the females and women keep on ovulating regularly.

Wild Yam makes the egg follicle and sperms ineffective, thereby acting as a birth control. Wild yam should be taken for at least two to three months before practicing unprotected sex to enable it to act as an effective birth control herbal remedy. Wild Yam root has a very bitter taste and can be consumed in form of herbal tea, tonic, tincture, capsules etc. Wild carrot seeds also commonly known as Queen Anne’s Lace has been used since ancient times as an herbal remedy for birth control. This herbal remedy can be used effectively within eight to ten hours after unprotected sex and hence, acts as natures best morning after contraceptive pill.

Queen Anne’s Lace inhibits the synthesis of female sex hormone, progesterone and makes the uterus unsuitable for fetus implantation. However, women regain their normal fertility after discontinuing its use and are then able to become pregnant. This herb can be taken in form of tincture, tonic, seed extract, pills etc. Stoneseed is another very widely and popularly used herbal remedy for birth control. Lithospermic Acid is the main component of this herb and is used effectively as a natural contraceptive. Stoneseed negatively impacts the pituitary glands and inhibits the production of sex hormones, mainly estrogen and progesterone.

This results in suspension of the monthly menstrual cycle and induces sterility.However, once the woman stops consuming Stoneseed, she regains her fertility and can successfully reproduce. Stoneseed can be consumed in form of extract, tincture, tonic, capsules etc Smartweed leaves can be consumed both before and after unprotected sexual intercourse to prevent pregnancy. Smartweed can be taken in form of extract, herbal tea, tonic etc. The Cotton root bark is another very effective birth control herbal remedy used since ancient times to prevent conception. The chemicals present in the cotton root bark negatively impact the corpus luteum of the uterus and inhibits the production of progesterone.

As the progesterone production is stopped, the uterus is unable to prepare itself healthily for fetus implantation, thereby preventing pregnancy. American women in ancient times used to chew Cotton root bark as a birth control method. It can also be consumed in form of herbal tea made using root bark of cotton, tincture, tonic etc. Pennyroyal is also very effective in solving other menstrual cycle related problems in women like cramps, tension, anxiety, painful cycle, delayed periods etc. Pennyroyal herbal tea can be consumed to prevent conception and introduce abortion in case of unwanted pregnancy. It can also be consumed in form of tonic, capsules, extract etc. Rue is another very effective herbal remedy for birth control. Rue has a very bitter taste and is very helpful in solving problems related to the digestive system. Rue inhibits the circulation of blood in the uterus and endometrium lining, as a result of which there is lack of nutrition in the uterus.

This makes the uterus unsuitable for implantation of the egg, thus acting as an effective birth control. Rue not only encourages a healthy menstrual flow but also helps in getting rid of unwanted fetus. Rue is best effective as a birth control when used for few couple of months regularly. An herbal tea made of Rue acts as a very effective emergency contraceptive method by getting rid of unwanted pregnancy.

Facebook Twitter Pinterest linkedin Telegram
So you have seen an advertisement in the television about how beneficial birth control pills are and how they give you the freedom to c...