How To Cure Bronchitis

[toc]Inflammation of the airways that eventually spreads out to the lungs is called bronchitis. People will be coughing constantly that brings up phlegm and is also highly painful. There is a strong likelihood that you are suffering from bronchitis if people also experience a pain in their chest. 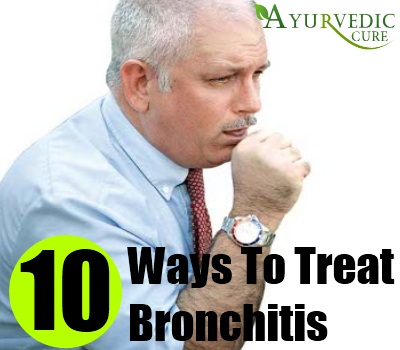 A virus is the major culprit behind acute bronchitis and it is the same one that also causes a cold. But, in some cases, a flu virus may also be responsible. There are rate chances of acute bronchitis occurring due to a fungus or bacteria. After a flu or cold, the body is vulnerable and resistance is down. The lungs are also irritated slightly due to which acute bronchitis will occur. However, with these cures both acute and general bronchitis can be treated-

This is an effective home remedy for bronchitis and people would need herbal tea, a pinch of cinnamon, honey and rum or whisky about 1 teaspoon. When your throat is sore, nothing soothes better than hot tea.

Water should be boiled for making the hot toddy. The water should be poured in a coffee cup after it has boiled. The teabag should be placed in the water and steeped for five minutes. Now, alcohol, honey and cinnamon should be added. Achy throat will be soothed with this tea. 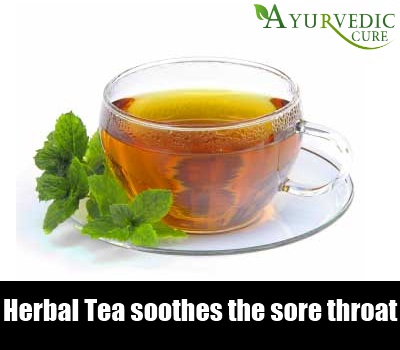 It may seem unlikely, but coughing is actually beneficial for the body. The infection that causes bronchitis can be eliminated by this body in this way. Thus, people shouldn’t use an over-the-counter suppressant for stifling the cough. Instead, they can moisturize the air with a cool-mist or warm humidifier. The humidifier should be cleaned according to the instructions provided by the manufacturer.

Sputum, the matter that a body coughs out will be brought up by the added humidity. Phlegm can also be loosened and brought up by letting a kettle shoot out moist and warm air or slow boiling a pan of water on the stove or even closing the bathroom door when taking a steamy shower. These remedies can be soothing if a bit of eucalyptus or peppermint oil. 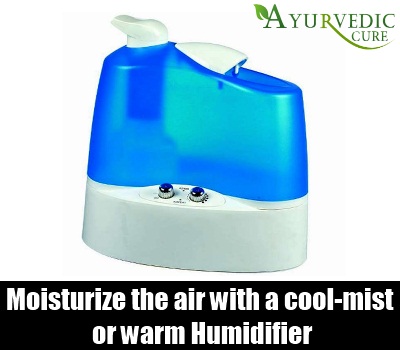 Anti-inflammatory medications can be beneficial if muscle pain in the chest is occurring because of a bout of bronchitis. Acetaminophen isn’t recommended as it’s not very helpful because of not being an anti-inflammatory.

However, it should be given to children instead of giving them aspirin because that can lead to Reye’s syndrome, which is a deadly reaction. When over-the-counter analgesics are being used, people should comply with a list of precautions. 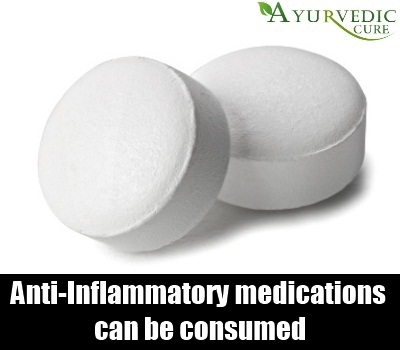 People should remember that the body keeps the breathing passages clear and gets rid of the infection by coughing. Sputum is brought out by guaifenesin, which is an ingredient that’s found in the best cough remedies for treating bronchitis.

However, people can take a cough medicine that contains dextromethorphan, which is a cough suppressant in the case when people are unable to tolerate any more coughing as it is affecting their sleep cycle as well. Nonetheless, it should only be taken if it is absolutely needed. 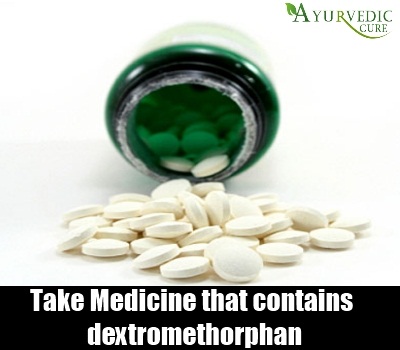 Mucus and bacteria can be eradicated from the respiratory system with the aid of lemons. Take one cup of boiling water and add 1 teaspoon of grated lemon rind in it to make lemon tea.

This tea has to be steeped for 5 minutes. A lemon wedge can also be boiled by people. They should drink it after straining. Phlegm can be brought up and a sore throat can soothed by gargling with a combo of 1 cup warm water and a teaspoon of lemon juice. 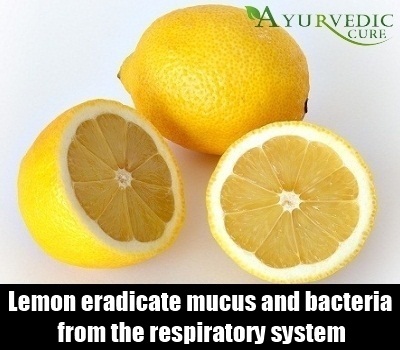 Symptoms of numerous respiratory problems like bronchitis can be relieved with the warmth provided by a traditional mustard plaster. Take 4 tablespoons of flour and mix it with 1 tablespoon of dry mustard. Make a runny paste by stirring them in warm water. Use olive oil or vegetable shortening for oiling the chest.

Take a piece of cloth i.e. a washcloth, gauze or muslin and spread the mustard paste on it. Cover the cloth with another one. This should then be applied onto the chest and left in place until it goes cool. However, people should ensure that the skin isn’t burned by checking it every few minutes. If it causes burning or discomfort, it should be removed immediately. 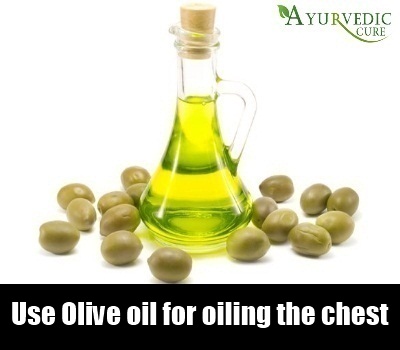 Once every day, several drops of oregano oil should be kept under the tongue. Coughs can be cured effectively with this simple natural cure. Numerous ailments can be cured with the help of this miracle essential oil. Inflammation in the throat can be soothed and the mucus that’s irritating and coating the sensitive membranes of the throat can be cut back with a saltwater gargle. Take a glass of warm water and add one teaspoon of salt in it.

Do not take too much salt because it is ineffective and burns the throat as well. The salty water should be spit out after gargling, but people can do this as many times as they want. 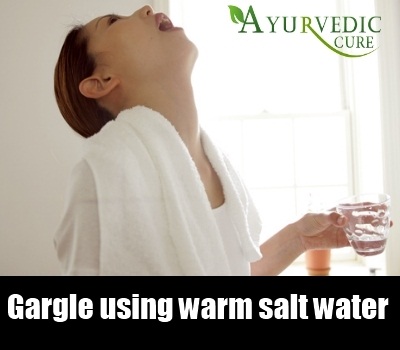 In order to make the herbal tea, people have to boil some water first. The water should be poured into a coffee mug after its ready and an herbal tea bag should be added to it.

The tea should be allowed to steep for five minutes. A teaspoon of black pepper and ginger should be added to the tea. This is a natural remedy for treating bronchitis and people can take it once or twice daily. 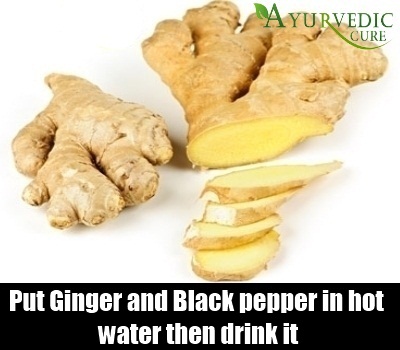 An onion should be sliced in a bowl and honey can be used to cover it for treating the cough that’s associated with bronchitis. The onion should be removed after it has been left in the bowl overnight. 1 teaspoon of honey should be taken four times every day.

The flow of mucus is helped by onions because they are expectorants. Onion can be used for seasoning in stews and soups or can be taken cooked or raw, as per the preference of people for treating the cough in bronchitis. 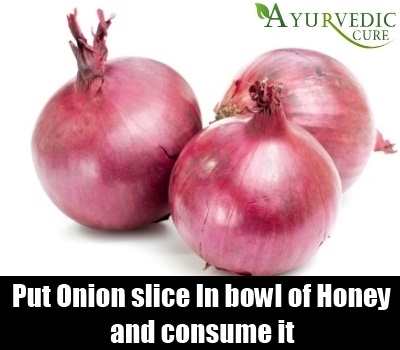 Facebook Twitter Pinterest linkedin Telegram
Bronchitis normally occurs during the winter season. This ailment is caused because of the secretion of thick mucus also called as ...

END_OF_DOCUMENT_TOKEN_TO_BE_REPLACED

Facebook Twitter Pinterest linkedin Telegram
If your cold and cough is getting worse than ever, you’re feeling tired and chest pain, probably you have caught bronchitis.  Anyone wh...

END_OF_DOCUMENT_TOKEN_TO_BE_REPLACED

Facebook Twitter Pinterest linkedin Telegram
Bronchitis is a very infectious disease which causes a lot of discomfort. This disease is mainly caused by harmful bacteria and virus p...

END_OF_DOCUMENT_TOKEN_TO_BE_REPLACED

Facebook Twitter Pinterest linkedin Telegram
Bronchitis is a debilitating and fatal disease unless proper steps are taken to cure it. Herbal remedies are a good idea for dealing wi...

END_OF_DOCUMENT_TOKEN_TO_BE_REPLACED

Facebook Twitter Pinterest linkedin Telegram
Bronchitis is the inflammation of the bronchial tubules. These tubules are responsible for the air flow of the lung. Inflammation of th...