How To Cure Gingivitis 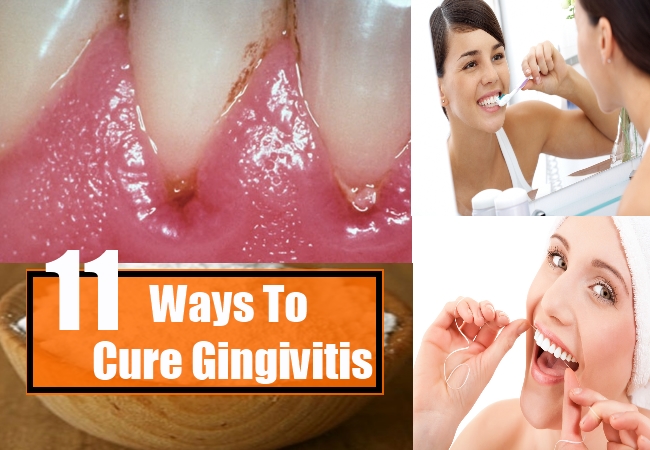 [toc]Gingivitis is a common periodontal disease that causes inflamed gums, irritation, redness and soreness. If gingivitis is not treated in time and adequate steps for gingivitis cure are not taken, it can lead to serious gum diseases that could spread to the whole mouth. This disease is caused by plaque buildup in the mouth and the presence of microscopic mucus, food particles, bacteria and other microbes that stick in your teeth and tongue.

Bacteria proliferate in the moist and warm mouth thus producing toxins that attack and irritate the gums causing redness and soreness. If not treated promptly, it can lead to periodontitis. Besides poor oral cavity hygiene, gum disease is also caused by certain medications, hormonal changes, smoking and lack of flossing.

This causes the gums to become inflamed and makes it harder for the tissue to repair itself. The symptoms of gingivitis include swollen, tender and tender gums, receding gums, persistent bad breath, loose teeth, the formation of deep pockets between the gums and teeth and changes in the alignment of the upper and lower tooth set. Follow the remedies below to cure gingivitis and prevent pain due to swollen and receding gums.

Brush Regularly And Use A Tongue Cleaner

Brush at least twice a day to prevent as well as cure gingivitis. If you are suffering from bleeding or swollen gums do not skip your daily brushing, brush gently and lightly in the affected areas to clean away the microbes and loose food particles. Brushing clears bacteria on the surface of your teeth and tongue and prevents infection or decay from reaching the gums.

With regular brushing, care, the tenderness, swelling and bleeding will stop in a week or two. In addition to brushing, gargling with a pinch of salt dissolved in warm water or an antibacterial mouthwash is an effective cure for gingivitis. When suffering from this condition, use a soft-bristled toothbrush or an electronic toothbrush to remove tartar and plaque.

Be sure to brush your tongue with a tongue cleaner or a toothbrush to rid it of loose food particles. While brushing, focus on the gums that are swollen and irritated and lightly brush these areas. As part of your regular routine, brush in a circular motion to reach areas of the mouth that are difficult to access. Ensure you do not skip brushing as this will only aggravate the situation. 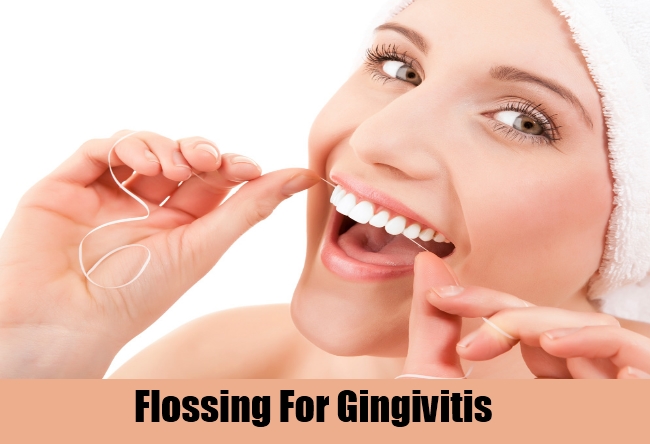 Brushing cannot always get rid of bacteria in hard to access places in the mouth. In addition to brushing regularly, flossing is an excellent gingivitis treatment to prevent plaque accumulation and tartar formation in the gums.

Flossing every day is a good gingivitis cure and helps to get rid of swollen gums using a waxed floss thread. If you have not flossed for a long time, your gums might bleed a bit, do not be perturbed. 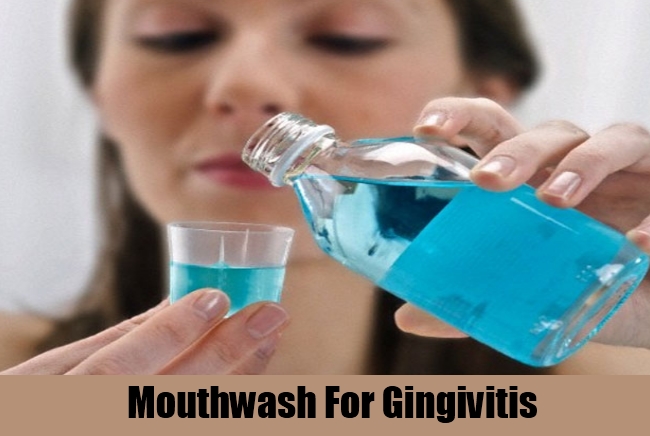 Antiseptic mouthwash removes bacteria from tiny crevices in the mouth that cannot be reached by a floss thread or a toothbrush. Use a sugar-free mouthwash to rinse your mouth for at least thirty seconds once a day after brushing or flossing to cure gingivitis.

In the course of a few weeks you will find that the swelling and pain in the gums is decreasing and your teeth are cleaner and whiter, while the gums feel healthier and do not sting as much. 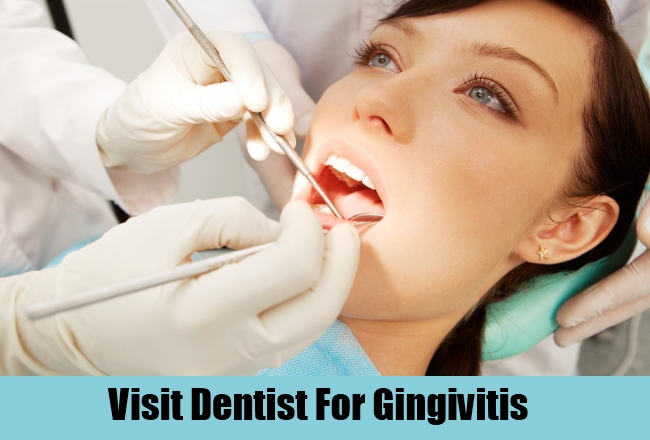 Visit your dentist every six months for regular checkups and dental cleaning. Your dentist will be able to diagnose any pain and irritation correctly and ensure you get proper treatment for severe cases. Get the plaque and tartar removed as often as possible to prevent bacteria build up and inflammation of the gums.

Drink sufficient quantities of water to prevent soreness and swelling of the gums. Drinking water frequently helps to rinse the teeth and prevents the buildup of plaque. Try to drink at least eight glasses of water a day to clear your mouth of loose food particles and microbes. This also helps to get rid of bad breath. 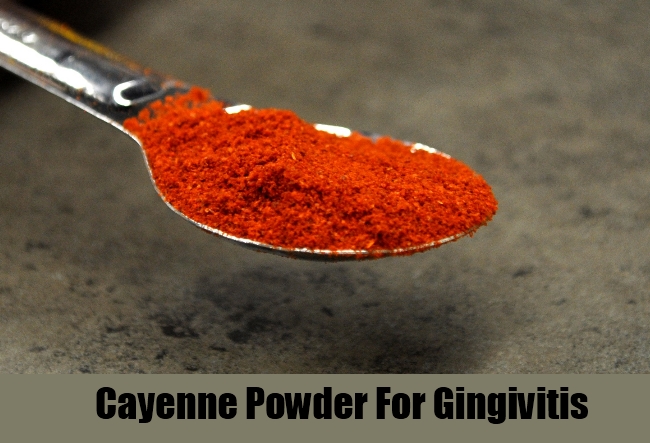 Sprinkle a bit of cayenne powder on your toothpaste and brush your teeth until the swelling and pain recedes. Cayenne powder is one of the most effective gingivitis cures and will prevent its progress. Besides curing gingivitis, this remedy also helps the body build strong teeth and gums. 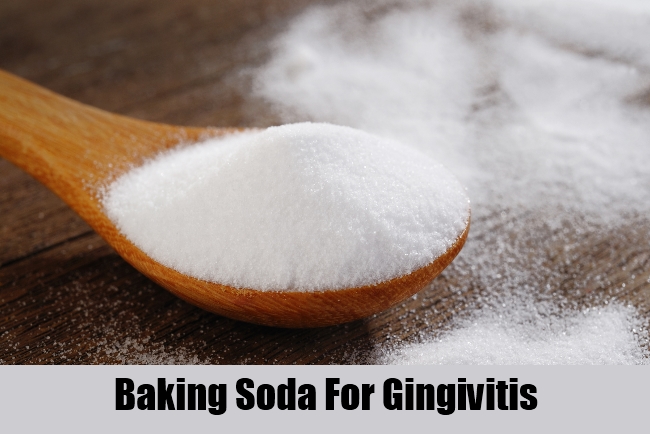 A mixture of baking soda and water to form a paste that can be dabbed on the affected area is an effective gingivitis treatment for swollen gums. Baking soda neutralizes the acids in the mouth thus reducing the possibility of decay and gum inflammation. Dab this paste before you brush every day for at least two weeks to cure gum disease. 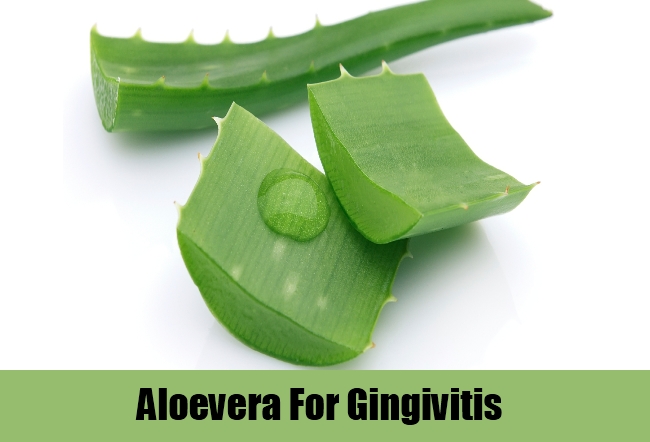 Aloe Vera is extremely helpful in soothing inflamed gums. This also reduces inflammation, swelling, redness and irritation and destroys bacteria in the mouth to promote quick healing. Apply Aloe Vera gel to the gums, leave it on for about five minutes and gargle with water. Repeat this treatment every day until the condition subsides. 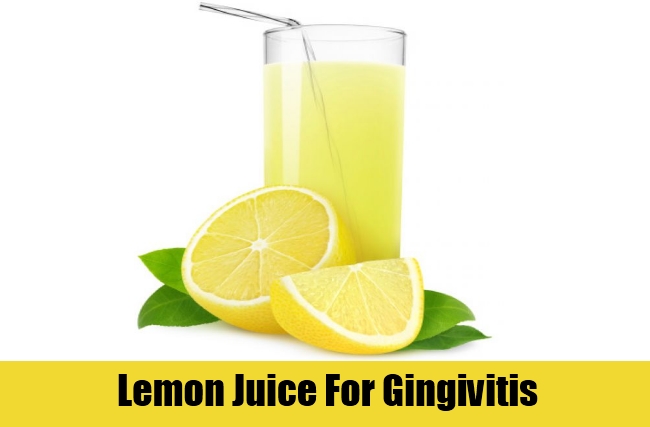 Another effective remedy for those who are unsure of how to cure gingivitis is to squeeze a lemon into a glass of warm water and use as a mouthwash to rinse your teeth and gums after every meal. This prevents plaque build up and cures gum swelling and soreness. Use as a mouthwash after you brush your teeth. 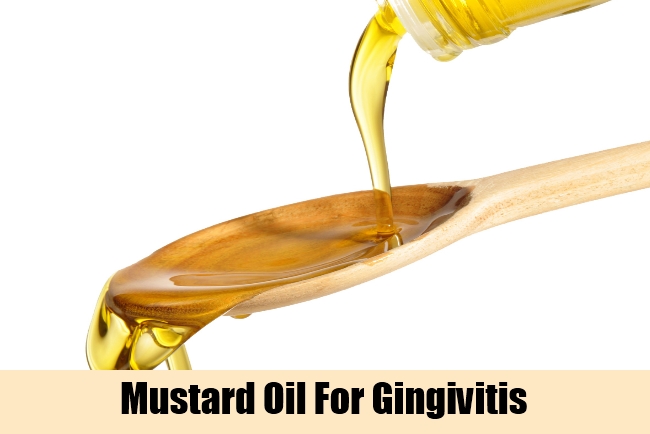 Massage the gums with a mixture of mustard oil and salt. You can add a pinch of salt to one tablespoon of mustard oil. While massaging, use small circular strokes around the gums for about five minutes. Gargle with warm water to remove the oil from the mouth.

Repeat this gingivitis treatment twice a day. Mustard oil is an antibacterial agent while the salt helps to cleanse the teeth and gums. The mixture reduces swollen gums and destroys infection. 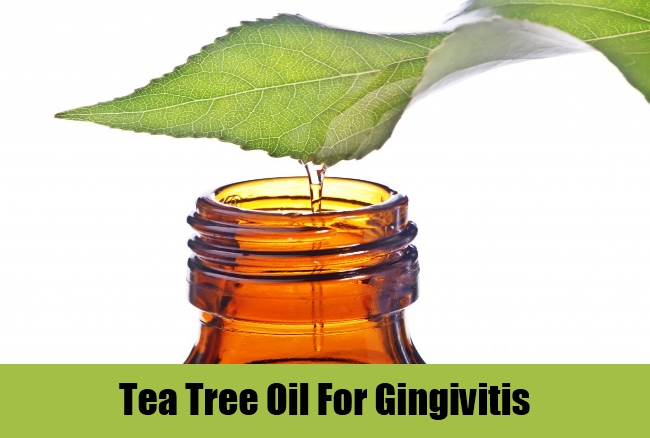 Tea tree oil is really an excellent cure for gingivitis as it an antiseptic as well as an antibacterial agent naturally found, with no side effects. Rub a few drops of tea tree oil in the gums to soothe inflammation and redness and stop gum disease from progressing and get relief from sore and painful gums. Use the gingivitis treatment options listed above to cure swollen and inflamed gums quickly and naturally.

How To Prevent Gingivitis

END_OF_DOCUMENT_TOKEN_TO_BE_REPLACED

Facebook Twitter Pinterest linkedin Telegram
Gingivitis is a gum disease which starts with bacterial growth in the mouth and if not properly treated on time may lead to teeth d...

END_OF_DOCUMENT_TOKEN_TO_BE_REPLACED

Facebook Twitter Pinterest linkedin Telegram
Gingivitis or inflammation of gums is a serious problem and it can result in serious medical gum diseases at the later stage if it ...