[toc]Moles are very common and affect a large number of people during their lifetime and are usually harmless. Moles can appear in any part of our body and even though they are sometimes referred to as a symbol of beauty sometimes certain people are not happy with their moles as they occur at the wrong places like at the tip of the nose, etc. Mole is actually a pigmented spot that varies in size. 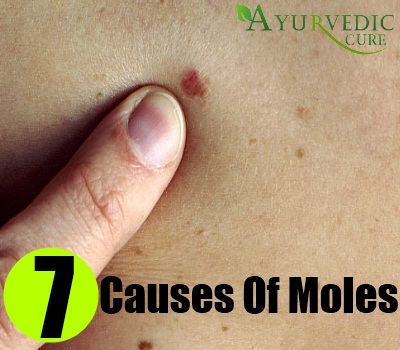 They may be minute or large or raised. The texture, color, shapes and dimension of the mole varies from person to person. Moles can occur owing to many reasons. In this article, we have compiled a few of the common causes that lead to the appearance of moles in our body. Let us check them out!

Over Exposure To The Sun

A very recent study has also proved that if you go out in the sun a lot then there are chances that the ultraviolet rays emitted by the sun can cause harm to your skin surface, thus causing prominent moles to appear. So, excessive sunlight can also be held responsible for causing skin pigmentation and the occurrence of moles. 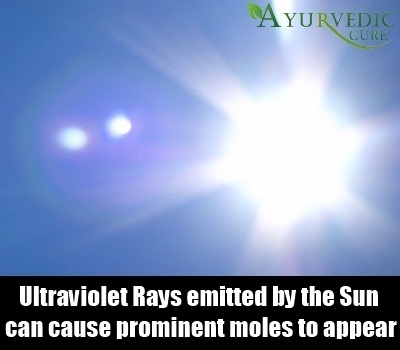 Some moles occur naturally and are not caused by any exterior factor. Many people are born with moles on different parts of their body. On the other hand, it is also seen that moles appear with growing age naturally.

Sometimes moles also occur due to family history. Many families have a history of dysplastic moles which are known to cause skin cancer. Some moles change the way they look, as time passes on. If you think that are having cancerous moles, then it is advisable that you consult a doctor as soon as possible. 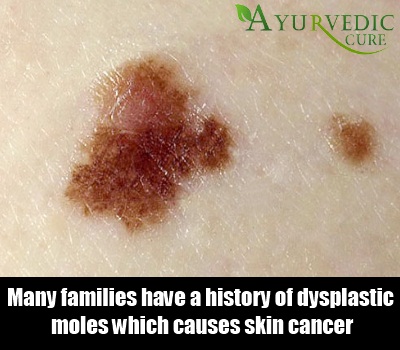 Moles start occurring during puberty too. As a result of certain hormonal changes that take place within the body, it is very common to notice the formation of moles on the face and body of adolescents. The moles that appear during adolescence are normally harmless. 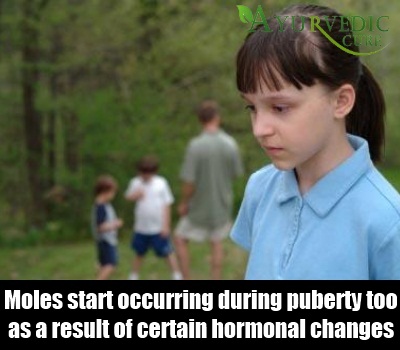 Sometimes moles appear in the old age. Thus, old age is also considered as a possible reason that can cause the occurrence of facial moles and body moles. It is for this reason that many old people experience moles appearing at different parts of their body. 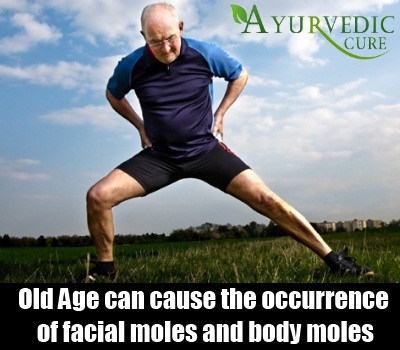 The most common cause of moles in our body is the uneven distribution of melanocytes cells. Melanin is actually a pigment which is responsible for providing color to our skin. In other words, melanin is the reason for our skin coloration. This pigment is usually present in the melanocytes cells that usually occur on the upper layer of the surface of the skin. 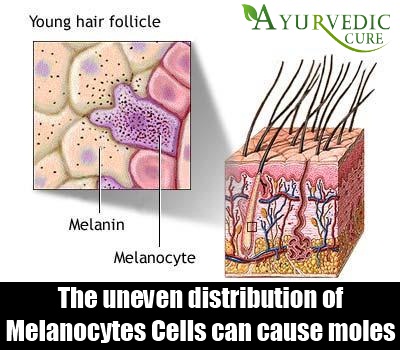 How To Get Rid Of Skin Moles